Straight from the Source - Reaching New Milestones with Music Therapy 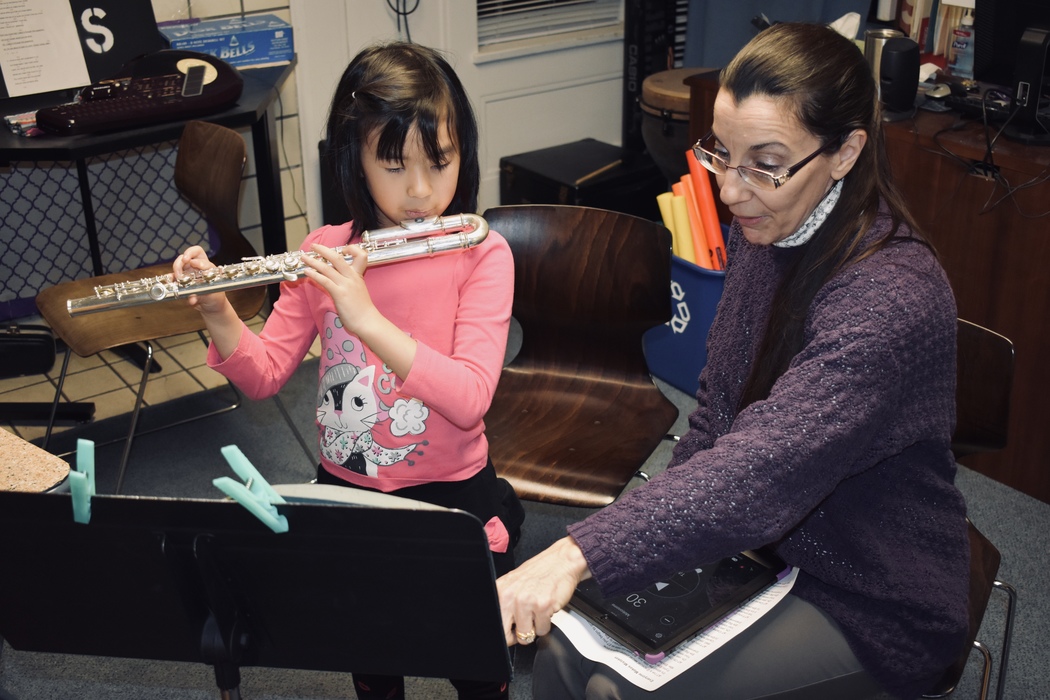 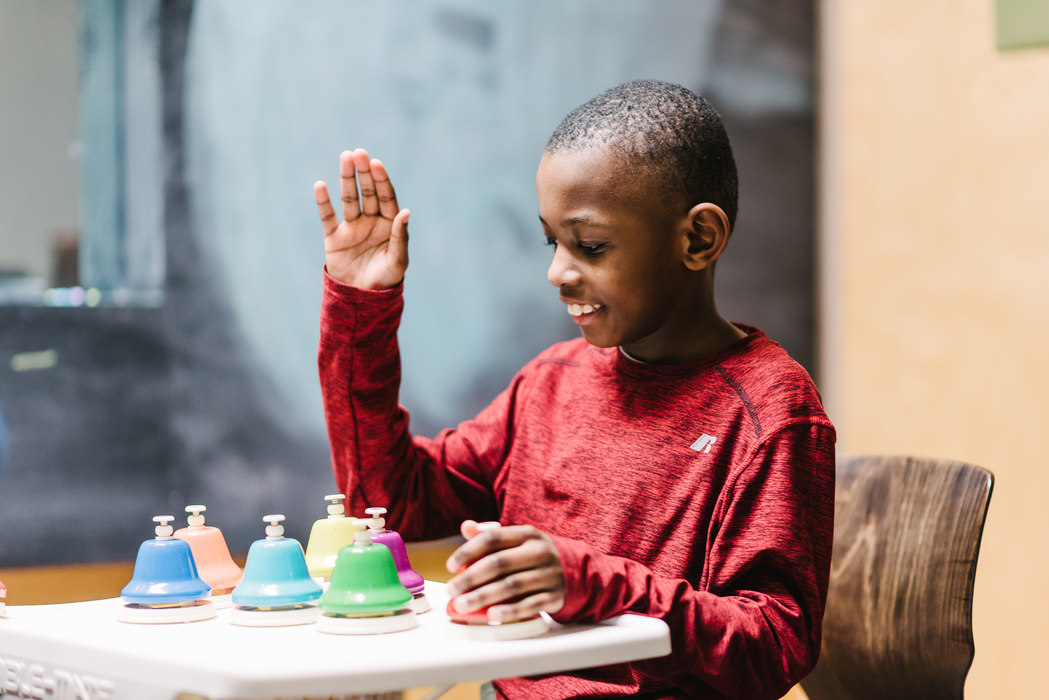 Curious how music therapy could benefit your child this summer?

Individuals with ASD frequently respond well to routines and schedules so introducing a new activity in the slower months can help the whole family.

"With the change in summer scheduling (either no school or extended school year), music therapy can help fill structured gaps in schedules," says Ronna Kaplan, Chair of the Center for Music Therapy at the Music Settlement in Cleveland.

Six to eight weeks (during the summer) is also a shorter time frame, which requires less time and financial commitment to any new hobby or therapy service.

In addition, music therapy can also offer a novel way to address goals and objectives in your Extended School Year plan, while preventing regression in certain key focus areas.

8-year-old Calla Whang* has gained fine motor skills, anxiety and anger control since starting music therapy, and has been able to focus on her attention with music therapist Anne Reed, otherwise known as 'Ms. Anne'.

When asked what she enjoys the most about music therapy, Calla will tell you "everything, especially singing a song and playing an instrument."

Calla is currently learning how to play flute and is showing significant progress each week.

"During a private music therapy session, we will sing songs, play instruments such as the recorder, piano, Q-chord and more," says Reed. Reed is the Clinical Director of the Center for Music Therapy and has been able to watch clients like Calla use music to improve their every-day lives.

"Calla's parents express gratitude that through her sessions, she has learned how to follow directions, build safe zone control for easing her anger and anxiety, and play the recorder nicely and cooperatively, "says Reed. "Calla's parents share that prior to music therapy, she wanted to be perfect at everything - now she is able to practice at home with self-discipline.

8-year-old Jack Robinson* has learned to play a variety of instruments through his music therapy. Music Therapist Alison Brady works with him on staying regulated during his sessions and communicating his needs in a way that can be applied when he is at home and at school.

"Jack will often tell me that his favorite part of his time here are the desk bells," adds Ms. Brady. "At the beginning of the school year, Jack's grandma wanted him to work on verbally communicating his needs. So at the end of each session, he verbally communicates with eye contact what his favorite part of the session was that day to his grandma."

Ms. Brady shared that since Jack has started music therapy, his eye contact has increased and he has responded very positively to trying new instruments and experiences.

Music Settlement offers many programs throughout the entire year, but their private and group sessions, including a Specialty Course called Musical Revue, are quite popular in the summer.

"Musical Revue is a twice weekly group for older teens and young adults with developmental disabilities," Kaplan says. "ARTSNPLAY is also popular, which is a biweekly group for children ages 3-6, which provides social communication opportunities with peers who are typically developing. Other popular programs include our numerous camps. There are many inclusion opportunities for children with ASD ages 3 and up."

Interested in learning more about music therapy options in the Northeast Ohio area? Give the Milestones free autism Helpdesk a call at 216.464.7600 ext. 200.

Anne Reed, MT-BC is a Board Certified Music Therapist. She graduated from Baldwin Wallace College in 1988 and renewed her Neurologic Music Therapy Fellowship in 2017. In 1989, Anne joined the music therapy department at The Music Settlement, where she served as a staff music therapist, staff supervisor, and internship supervisor. In 2005, Anne accepted a position with Beech Brook, where she served as the Music Therapy Program Manager for nine years, overseeing research conducted at the agency with children and adolescents with severe emotional disturbances and attachment issues. In 2014, Anne returned to The Music Settlement, and she became the Clinical Director at the agency in 2016. Aside from her administrative responsibilities, she conducts individual music therapy sessions with children and adults having multiple disabilities such as autism, attention deficit disorder, cerebral palsy, spina bifida, seizure disorder, and apraxia of speech. Anne has co-authored articles in the Journal of Music Therapy and other journals and is co-author of a protocol manual, currently under publication review, describing music therapy applications for children undergoing abuse recovery and attachment issues. Anne has presented at regional and national music therapy conferences, an international conference on conflict resolution at Cuyahoga Community College, and for the Adoption Network of Greater Cleveland. She has co-presented on the topics of music therapy and abuse recovery and attachment issues for undergraduate music therapy students and graduate social work students at local and state universities.

Ronna Kaplan, MA, MT-BC, Chair of The Music Settlement’s Center for Music Therapy, possesses extensive experience with individuals with ASD. She earned a Bachelor's degree in Music Therapy/Music Education, a Master's in Special Education, and certificates in Nonprofit Management, Neurologic Music Therapy, Orff-Schulwerk Level I, and the Developmental, Individual Differences, and Relationship (DIR) Model. Ronna presents locally, nationally, and internationally, publishes extensively and has written music therapy columns for the Huffington Post. A Past President of the American Music Therapy Association (AMTA), she is an associate editor of the AMTA journal Music Therapy Perspectives, a member of the AMTA ASD Task Force Work Group, Chair of the National Coalition of Creative Arts Therapies Associations (NCCATA) and a member of the Cuyahoga County Advisory Committee for Persons with Disabilities. She has been honored with the Association of Ohio Music Therapists Past Presidents' Club Award, AMTA Professional Practice Award, and Great Lakes Region of AMTA’s Service Award, and Honorary Life Membership. Ronna is also a member of the 2019 Milestones Conference Committee and has attended with the Music Settlement as a conference exhibitor.

Alison E. Brady, MT-BC, graduated from the University of Dayton with a BA in Music Therapy and a Minor in Psychology. She completed Neurologic Music Therapy training in 2017. On-site at The Music Settlement, she provides individual music therapy sessions, and off-site she serves community outreach populations. A member of the American Music Therapy Association’s "Music Therapy Informed Music Listening" workgroup, she has served as Treasurer of the Association of Ohio Music Therapists since 2018.

Autism prevalence jumps to 1 in 44 in new CDC report