Español
Home About Us Blog Living Under the "Double Rainbow": The Colorful LGBTQ+ Community with ASD
Resources

Living Under the "Double Rainbow": The Colorful LGBTQ+ Community with ASD 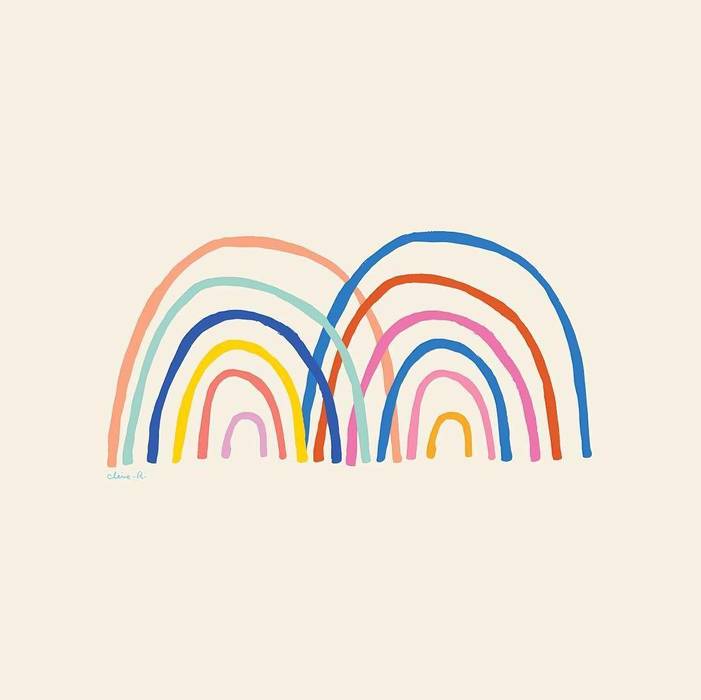 “Living under the Double Rainbow” – this is an expression that has emerged in recent years to describe individuals with autism who also identify as LGBTQ+ which stands for Lesbian, Gay, Bisexual, Transgender, Queer, and the plus sign which stands for “other non-heterosexual orientations.” Although the reasons are not fully clear as to why, people with autism identify as LGBTQ+ at a higher rate than our neurotypical peers. Due to factors such as stigma and discrimination, it is notoriously difficult to get accurate data about the percentage of LGBTQ+ neurotypical people. On the other hand, a leading explanation for the increase seen in the autism community is that we’re less sensitive to social pressures to “stay in the closet” – basically we feel less compelled to hide our identity, so there may be minimal to no real “increase” at all (if you exclude the higher rate of asexual identifying individuals).

Some early numbers put the figure as 1 in 5 autistic individuals identifying as LGBTQ+. Of that roughly 20% of autistic people, approximately 10% identify as asexual which means they have no feelings of sexual attraction to anyone, regardless of whether they are male, female, or another gender identity. This means approximately 10% identify as lesbian, gay, bisexual, or another non-asexual/non-heterosexual identity. The figures for neurotypicals look a bit different. In 2018, Gallup placed the number of LGBTQ+ people at approximately 4.5%. However, when they looked only at younger persons (born after 1980), this number jumped to 8.2%. The reason for the differences between age groups and over time is that people may feel safer disclosing their identity, so scientists are having an easier time collecting accurate data.

Depending on how you look at it, more people with autism openly sharing their LGBTQ+ can be seen as good or bad thing. I personally view it as a good thing, so I’d like to end with that – let us start with the “bad.” Neurotypical LGBTQ+ people may choose to hide this side of them for their own safety. They may “wear a mask” in unfamiliar locations or less than supportive settings to avoid potential violence and discrimination. Now that we are living in safer times for LGBTQ+ people, we can see that more neurotypical individuals are openly sharing their identity. However, we have to remember that not all areas are safe. While some communities have grown more accepting of people who are different, there are still a lot of old challenges and some new ones, too. To start, according to the FBI, the number of hate crimes is increasing in the United States. In other parts of the world, circumstances are becoming even more dire. In Russia, openly LGBTQ+ persons are being hunted, tortured, and killed for sport. Concentration camps to imprison and torture LGBTQ+ people have also emerged in Chechnya. For people with autism living in such places, being unable to hide their identity could be fatal.

Second, on a more local level, it is still legal in many parts of the United States to fire someone for being LGBTQ+ or to deny access to goods and services. Some states have even recently introduced laws that would allow healthcare professionals to deny essential medical care to LGBTQ+ persons (among other groups that are not afforded federal protections) on the basis of personally held beliefs. Though there are ethics committees, such as the American Medical Association, that prohibit this kind of discrimination against patients, laws such as SB-17 in Texas seek to prevent these boards from intervening. Such laws could be devastating to those under the double rainbow due to the already limited services that are available to us.

While all of that sounds bleak and may cause some anxiety for parents or individuals, I think us Double Rainbow folks are essential to helping create a more just and inclusive world. It can be scary at times when we hear about people being attacked or disowned by their families, yet those of us under the double rainbow aren’t hiding. Some people may choose to see our openness as a “flaw in our social conditioning,” but I think our autism gives us a sort of superpower – an innate bravery. We can serve as role models to others who are coming to terms with their identity and tear down negative stereotypes held by those who misunderstand us.

October is LGBT History Month and October 11th is National Coming Out Day. This month provides a great opportunity for LGBTQ+ people on the spectrum to share their stories. There exists a misconception about autism, disabilities in general really, that society shouldn’t mention sex education stuff around us. I find this misconception exists because people believe that we can’t handle the information or we’re not interested. LGBTQ+ topics as a whole (even when you exclude sex education and focus exclusively on history) can be divisive in our society and so it can feel even more difficult to access appropriate information and services. There aren’t a lot of resources available specifically for us, but some smaller groups such as Spectrum Saturdays are emerging in response to the need for LGBTQ+ inclusive services. If we all share our stories, it is my hope that more services and supports will emerge in the future.

ABOUT THE WRITER
Nathan Morgan, MSSA, LSW, completed professional internships at Milestones Autism Resources and Achievement Centers for Children. Prior to returning to Milestones, Nathan was employed full-time as an Early Childhood Mental Health Social Worker at Achievement Centers where he provided consultation and therapeutic services to young children and their caregivers. Nathan is also an Autism self-advocate who has shared his experiences on panels, at events, and on the local news. He is passionate about teaching and Autism related research.

This article was written by a self-advocate for Milestones Autism Resources. Views and opinions expressed in this article are the writer’s own. Milestones strives to create conversation around important topics in the autism community and to provide members of the community with a platform to share their honest perspective. In addition, while Milestones Autism Resources’ policy is to practice person-first language, we encourage all self-advocates to identify themselves as they wish, so you may see language throughout the blog that does not align with Milestones’ internal person-first language policy.

How the "High-Functioning" Label is Letting Us Down