Posted on 05/25/17 in Milestones Conference by Milestones 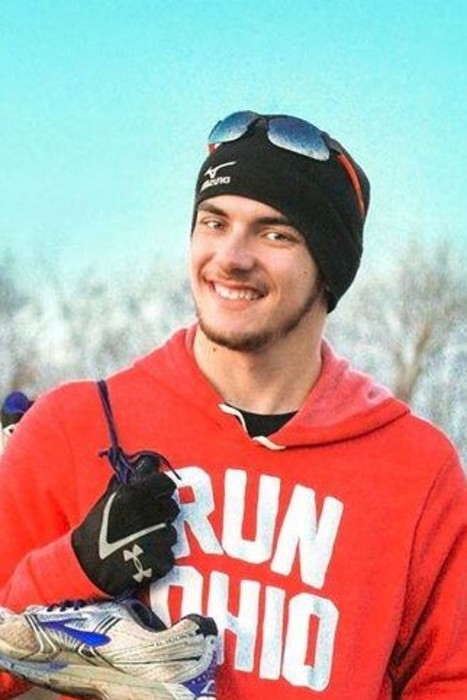 Tyler Aldrich, 22, is a trailblazer - both literally and figuratively.

He had a dream a few years ago while he was on vacation with his family. He wanted to run across the country to the West Coast, kind of like Tom Hanks’ character did in the film Forrest Gump. When the Fremont, Ohio native and Milestones 2017 honoree of the Trailblazer Award told his mentor and former high school cross country coach about this goal, his coach tried talking him out of it. You’re too young, he told Tyler, usually “ultra-runners” don’t do something like that until they are in their 30s. Maybe instead he should start out small, his coach suggested. Tyler’s response: “OK coach, then I’m going to run across the state of Ohio!”

That’s how Tyler’s version of “Run Ohio” was born. What started as a pipe dream became a dream come true. It took him two years to prepare for his June 11, 2016 run. Tyler started in Fremont and ran 225 miles across the state to Cincinnati, along the Ohio River. His “finish line” was at The Great American Ballpark (where the Cincinnati Reds play) during a game against the Chicago Cubs. Wanting to recognize Tyler’s achievement, the Reds organization reached out and invited him to run through the stadium, ending in the ball field and made him the Grand Marshall of their parade.

“I run to prove to myself - and others - that anything is possible,” says Tyler, who was diagnosed with autism at age four. “It’s my passion to bring awareness to autism as well as to set an example for others living on the spectrum and for those that may be living with challenges.”

When Tyler is not attending classes at Tiffin University, or working, he is running. Always running. He runs competitively in 5Ks and ran his first half-marathon in June 2015, placing 67th overall out of 1200 runners and placing 6th in his age group.

How do you feel your efforts have impacted the autism and special needs community?

I feel I have impacted the autism and special needs community by setting an example to those living with challenges, by persevering, by making positive changes, and by living my life with purpose and with the mindset that anything is possible.

How has helping others shaped your life?

Helping others is my calling. I aspire to help individuals living with autism, or people in general, to overcome their psychological barriers. I am living the life I created, sharing the lessons that only an ordinary person who pursued an extraordinary dream can share and serving as a beacon for others to do the same.

What is your message to inspire others to serve the autism and special needs community?

I used my passion for running, by running across the State of Ohio in June, 2016, for autism awareness, and to offer hope and inspiration to others who may live with challenges - that ANYTHING is possible. The MEANING of our lives is to find our gift... The PURPOSE of our lives is to give it away... OUR PURPOSE is GREATER than our challenges... I AM NOT what happened to me... I AM what I choose to become... and the best is yet to come.